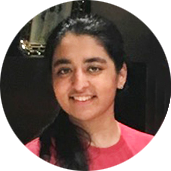 "I expected to score more than 95 per cent, but 99 is a pleasant surprise," said Isha, who wants to become a computer engineer and is currently preparing for JEE. "Class 10 was like any other year and I am happy that I could pull it off so well," she added.

TODO supply a title
Back to Top